This update took a few extra months to put together. It’s even more outdated than usual.

When I talk about book sales with my writing friends, I get confused looks and pitying smiles. Most of them have self-published their manuscripts as eBooks, or used a service like Amazon’s CreateSpace for both hardcopy and eBooks. They can see their sales reports 24/7, and big companies like Amazon update them nearly in real time. We share our tactics for using sales data in our marketing campaigns, but my data is almost useless by comparison. 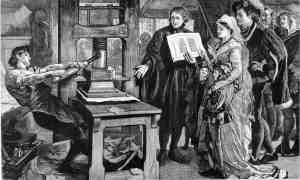 I might be one of the last dinosaurs woolly mammoths to use old-school royalty reports. So first I’ll talk about the royalty process for a traditional hardcopy publisher.

This post is full of advice for writers and bloggers, but not much military personal finance. If you just want to see the numbers then skip down to the end of the post.

I get the royalty payments twice per year. The first sales period is May-October and the second is November-April. After each period ends, the publisher (by contract) has another 60 days to gather the data and do the accounting. This allows the retail stores to report their sales (or to return unsold copies) to the distributor, and then the distributor sends a consolidated report (with a payment) to the publisher. This means that by the time the publisher is ready to send out a royalty payment, the data is already at least two months old.

My payments arrive during the first weeks of January and July. They’re literally sent through the postal mail in an envelope with a paper check (!) and a one-page printout of the sales data. My first action is to deposit the check via my credit union’s iPad app, and it takes less time to clear the banking system than it did to move through the U.S. mail. After that, I electronically transfer the funds to Wounded Warrior Project and Fisher House through Fidelity’s Charitable Gift Fund.

Then I sit down with the printout to write this post. The numbers are broken down among:

Impact Publications is smart and efficient. (They have to be– all the inefficient publishers were killed off by Amazon a decade ago.) However, the reporting process still uses old e-commerce systems (and even e-mail) to compile the summaries. Some databases use codes instead of actual numbers (reporting “100 copies” as “1 unit”) and numbers get transposed when the data is transcribed. Multiply this by the hundreds of titles in Impact’s catalog, and nobody there has the time to sit down with each individual report to analyze whether the data makes sense.

But I have the time.

As royalty reports go, this is a good one. (See the table down below.) Book sales and eBook sales both went up. But pocket guide sales were a puzzling number: “5”. Five?!? Nobody orders just five pocket guides during a six-month period, especially not when they can get bulk discounts.

So I heaved a heavy sigh (again) and sent an e-mail to the publisher. A few weeks later the accountant finished the forensic analysis, untangled the database errors, and re-issued the report. (Oh, and they sent along a second check too!) By this time I was in Spain (visiting my daughter) so the updated report (and check!) were waiting for me in the postal mail pile that I picked up last month.

By now you writers are ready to use electronic publishers, and it’s hard to disagree with that.

However, Impact Publications has turned out to be a Very Good Thing with The Military Guide for three reasons:

Writers, read on and see whether you’d like to try this with your next book.

The pocket guides are an Impact innovation. At just 4″x6″ and only 64 pages, they’re an abridged book without the checklists or the personal stories. (It was extraordinarily painful to edit 200+ pages down to the pocket-guide format.) They’re cheap to print great freebies to hand out at military family support centers, financial seminars, and even job fairs.

Impact sells nearly two dozen different pocket guides. They’re little tastes of what you could get from the full buffet. After you’ve read one, you’re ready to order the whole book.

Instead of randomly shotgunning catalogs to readers across the nation, Impact markets to military-friendly “retailers”: military family support centers, VA offices, state veterans’ bureaus, and even veteran’s advocacy groups. These people all have computers and Internet access, too, but if you’re sitting in an office and a catalog lands on your desk (instead of your home mailbox) then you’re more likely to skim it before someone else takes borrows it.

We’ve also sold a ton of pocket guides to military commands. If you’re a leader or a command financial specialist, it only costs a few bucks to get these pocket guides in the hands of your troops. Of course you’d prefer to use command funds, but for the price of just one liberty night you can help 50 servicemembers raise their financial literacy. It’s a quick shot of virtual financial training without having to haul everyone into a classroom.

This is the holy grail of government publishing. When you get your book onto the GSA catalog, it’s considered official merchandise sanctioned by the bureaucracy for you to spend their money. A big mahalo nui loa to Carl Savino of the “Corporate Gray” empire for shepherding this project and including the Military Pocket Guide to Financial Independence and Retirement.

Once the pocket guide showed up on the GSA schedule, it became a lot easier to order– and commands bought over a thousand copies in the next few months. We haven’t seen a spike like that since the first printing.

Take a look at GSAadvantage.gov Contract Number GS-02F-0146X. You’ll find the pocket guide and the book at great discounts for command funds.

If you end up using your own funds, contact me or the publisher for your personal bulk discount. Of course you can still buy a Kindle version direct from Amazon.

Over the six months through the end of last October, we sold 344 books, 79 Kindle versions, and 1002 pocket guides. It’s the best sales period since the first edition came out!

Adding all the royalties together, along with the blog income and the funds from the sale of the site, we’ve donated nearly $11,000 to Wounded Warrior Project and Fisher House. Thanks again!